Where will you go ?

Transport To and Within South Africa

South Africa is a great country and here you can discover and marvel at it all… Mountains, escarpments, plateaus, deserts, grasslands, bush, wetlands and subtropical forest. But if you are here for a limited time only you have to consider that distances between the different areas and sights might be very far. You might want to consider domestic flights for the longer distances and drive yourself within the provinces.

For Scandinavian and many European Citizens the visa is free and is issued when entering the country but always check with the South African Embassy in your country well ahead of time of your travel. Investigate the bonus systems different Flight companies offers. During peak season, November - February, flights early get fully booked so if you plan to fly during this time make sure you book well ahead of time. Most flights to South Africa from Europe goes via: London (British Airways) Amsterdam (KLM) Frankfurt (Lufthansa and South African Airways) Paris (Air France) You get several flight companies offering domestic flights. You can book either through a travel agency or over the internet. You might want to look into the cheaper options such as Mango, Khulula.com or Air one even though their services are not as comprehensive as those of British Airways or South African Airways. Before leaving South Africa you can claim back VAT on items you bought and are taking with you. For more information look here.

The easiest and most rewarding way to get around in South Africa is to rent a car. You will be able to get to places not accessibly by public transport and you can also do a lot of tours on your own not having to pay tour operators to take you to places of interest i.e. Cape Point. South Africa has left hand traffic. Non-residents can drive with a driving licence that’s valid in their own country, provided it bears a photograph and signature of the holder and the licence is in English. Alternatively an international driver’s licence is required. Make sure with the South African embassy in your country and your car rental company beforehand. Do no drink and drive! The maximum alcohol level is 0.05 ML/G (even 1 glass of wine or beer will put most people over the allowed limit). Avoid driving in the dark as the risk to be involved in crimes and accidents are higher then. Plan your route in advance making sure you do not have to drive in the dark or that you run out of petrol. Be aware that both pedestrians and cattle cross roads even at highways; these are more difficult to spot in the dark. Street_names Usually the roads are well signposted but a good road map is essential. For the cities a MapStudio Street Guide i.e the Cape Town and Peninsula which also includes other towns of the Western Cape is well worth the money to invest in (found in most book shops and at some petrol stations). You find the street names written on the corners of crossings, in the cities sometimes on signs but mostly at the curb. Some street names are in English on a map and in Afrikaans at the address or vice versa. Hence you might have difficulty finding Church street if it is displayed as Kerk street. Weg, pad, laan and straat are the Afrikaans words for road, street, avenue. If lost stop at a petrol station and ask for directions. In towns the speed limit is usually 60km/h and the maximum speed at the highways is 120km/h. There are often fixed cameras along the roads and at traffic lights and also mobile laser cameras. Road blocks where cars, licenses and alcohol levels are checked are not unusual. If you are issued with a citation for a traffic violation you are not required to pay over any amount of cash directly to the officer. If you do insist on a recipt. Never try to bribe an officer as this is a criminal offence that can lead to prison. Always keep your driving license with you when driving. In cities the driving might be congested and aggressive, avoid peak traffic if not used to driving. Do not pick up hitchhikers, keep your doors locked and preferably your windows wind up and be observant when stopping at traffic lights, stop streets or in traffic congestions. Always be alert and look out for people approaching the car. Keep cell phones, wallets and other valuables out of sight in the car whilst driving and do not leave in car when parking. Park at well-lit and guarded areas. Have phone numbers of your accommodation destination available so that you can phone if you get lost or delayed. Not all petrol stations accept credit cards as payment so make sure you always have some cash available.

Most of the internationally common car rental agencies have offices at the Cape Town International Airport. Make sure you specify you want to pick up your vehicle at the airport, at times a small extra fee is charged for this. When comparing quotes take into consideration: How many free kilometers are included. What the price per kilometer is when free kilometers are exhausted. What different insurances are offered, i.e. comprehensive, limited etc - and the excess in case of accident or theft? If the car can be picked up at one place/town and be returned at another. If more than one person can drive the car/ what the extra cost is for additional driver. If there are age restrictions. What documents are required when checking out the car, i.e. international driving license. If you are allowed to cross borders with the car and if it involves additional costs. Procedures during emergency and contact numbers. Special rates offered for longer rentals. If you are going to stay for a month or longer and think older car models are acceptable investigate less known car hire companies which might save you 50% of the rental price or try and negotiate a better price. When picking up your vehicle make sure that any damage on the car is recorded on the documents i.e. a crack in the windscreen as you will be held responsible for payment for these when returning the car unless you have proof they already existed. Petrol prices have fluctuated greatly the last years - you can find recent approximate petrol price here here. Some car rental companies give discounts to customers of certain air lines. Other car rental companies give points to certain frequent flyers programmes. Also find out from the car rental company if they offer discounts to certain credit card being used.

Busses, minibuses (known as taxis) and trains for short and long distances travelling mostly used by the poorer working class are not always safe to use and not completely reliable. "Luxury" buses for long distance such as Intercape, Greyhound and Translux should be booked in advance. These are safe, reliable and follows scheduled stops and time tables. SA Roadlink has been involved in several severe accidents due to drivers and vehicles not being roadworthy. "Luxury" trains such as the Blue Train (very expensive) is more for the experience than transport from one place to another. Taxis are usually available at typical tourist places, quite expensive. The cost is approximately R10 per kilometre. Shuttles to and from airports and hotels are usually safe, reliable and not too expensive. Hop-on hop-off busses such as BazBus is an option if you do not want to drive yourself but still want to experience a variety of places in your own time. In Cape Town there is a "topless sight-seeing bus" taking you around the city and out of it. You can hop on and off at the different sights. You can buy different tickets valid for different areas and amount of days. When attending an organized tour (from half day to several days) arranged some tour operator offer to pick you up at your accommodation whilst others require you to meet up at a specific place. 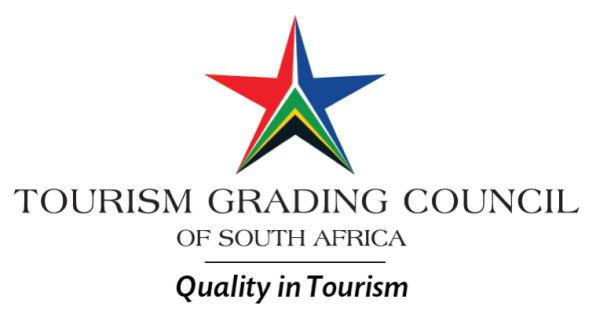 Disclaimer: We do our best to provide true and correct information on the website. We accept no liability for any damage howsoever caused by using this website.